Who is Jerry Lorenzo? Jerry Lorenzo Manuel is an American fashion designer and founder of the renowned  fashion label, Fear of God. In 2013, Lorenzo chose fashion despite plans to follow in the footsteps of his father in sports and established his fashion label. Lorenzo’s honest and opinionated approach to fashion continues to push Fear of God into an icon of contemporary American luxury.

Most recently, Lorenzo has come off a big year in a partnership with Nike and is now partnering with Adidas as the global head of their basketball division.

During The Global Leadership Summit:Special Edition you will have the opportunity to dig into leadership insights with Jerry Lorenzo as Craig Groeschel explores the leadership behind his fashion brand phenomenon. In this interview, identify how conviction, intention and empathy can drive your organization forward. Discover what core messages unify and focus Jerry’s team and how overcoming internal obstacles and creating healthy habits keep us grounded and confident.

In this excerpt from Relevant Magazine, discover the heart behind Jerry’s brand, Fear of God, and how his faith impacts his brand and his leadership.

He wants to use what he does to make an impact

In the last five years, he has turned his penchant for ’90s-retro fashion into one of the hottest and most innovative fashion brands in the world. But perhaps most surprisingly, he is an outspoken Christian leading a revolution in the luxury marketplace […] You’ve seen the Fear of God Sixth Collection on everyone from Justin Bieber to LeBron James, Gigi Hadid to Kanye. […]

Lorenzo has bigger goals than just dressing celebrities and selling nice sneakers. He wants to use what he does to make an impact, and he wants people to know the real source of the high-end designs they’re wearing. […]

“When you’re in relationship with Him, you’re at peace with Him. But if you’re not in relationship, you see those clouds and darkness as literal clouds of darkness, and there’s like a literal fear. I was like, ‘Man, I’ve got this foundation I could build a brand on.’” […]

And as a Christian man, I’ve come to the realization that your success is more determined by how you deal with the persecution.

“This is not a Christian brand, but I’m a Christian human,” he says. “And as a Christian man, I’ve come to the realization that your success is more determined by how you deal with the persecution. It’s not so much in your craft. It’s in how do you gracefully deal with those who are throwing stones at you? How do you represent what you believe in those times?

“I think the persecution is going to come. I think in anything you do, especially doing something for the Kingdom, you’ve got to be ready for that and it’s in how you deal with that, that I think ultimately you’re measured by, even more so than the shape of that sneaker.” For him, these clothes, materials, designs, shapes and shoes—these are all an act of obedience to a creative calling.

You have two opportunities to hear from Jerry Lorenzo this year!

On Thursday-Friday, August 5-6, 2021, join hundreds of thousands of curious, growth-minded, change-driven people like you for the premier leadership event of the year—The Global Leadership Summit!

BONUS: Buy your tickets for the GLS in August between now and February 24th, and you get a FREE ticket to our 3-hour Global Leadership Summit: Special Edition event taking place on February 25th featuring Patrick Lencioni, Vanessa Van Edwards, and GLS21 faculty, Craig Groeschel and Jerry Lorenzo. 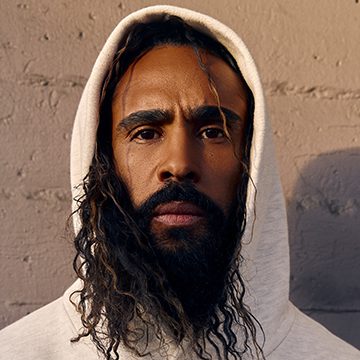 Jerry Lorenzo Manuel is an American fashion designer and founder of the label, Fear of God. Raised in Sacramento, West Palm Beach and Chicago, Lorenzo grew up with first-hand understanding of the contemporary American landscape as he followed his father’s professional baseball career cross country. Concurrently, Lorenzo developed an appreciation for heritage through visits to vintage stores nationwide with his mother. His upbringing became the precursor of his idea for a new American classic now known as Fear of God. In 2013, Lorenzo chose fashion despite plans to follow in the footsteps of his father in sport and established the now renowned label, conceived through a union of his creative vision, menswear experience and market expertise. Equipped with an MBA from Loyola University Chicago School of Business and an intrinsic understanding of the missing gap between the runway and wardrobe, Lorenzo’s honest and opinionated approach to fashion continues to push Fear of God into an icon of contemporary American luxury. Most recently, he’s been honored to partner with Adidas and join their team as global head of Adidas Basketball.