Reaching the Finish Line Through Fear, Failure and Faith

I was brought up in an orphanage in Kazakhstan. When I left as a teenager, I faced many difficulties. I had neither financial support nor people close to me to go to.

It was hard, but I studied to be a cook, and after graduation, I settled in the orphanage I grew up in and worked there until it closed. After it closed, I decided to try to study finance. It was not easy; I was a single mom and had two little kids to take care of by myself. But I was determined and was able to graduate with honors!

I asked God, help me find myself. I want to do your will. I want you to lead me.

I found a job in a large trading network and ended up becoming deputy director. But when I had the opportunity to continue to move up the career ladder, I stopped—I decided to leave! I wanted something more. I wanted to help people.

I asked God, help me find myself. I want to do your will. I want you to lead me.

He did not immediately answer. But in a strange way, the answer began to reveal itself. I went back to college and am now in my second year as a student to be a psychologist and teacher. 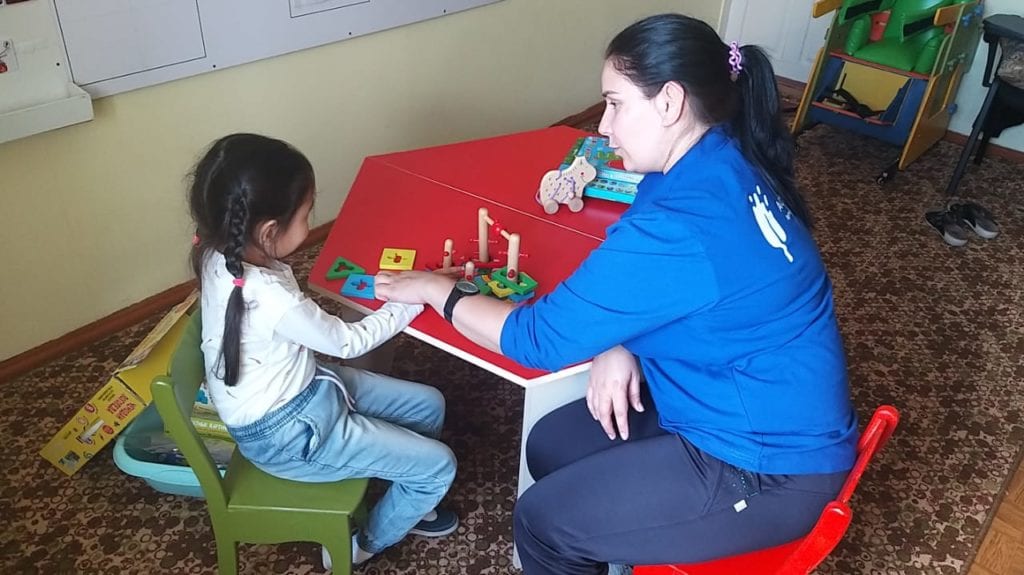 When I started working with children, I fluttered like a butterfly and fell in love with these kids.

So, I decided I wanted to open-up my own small children’s development center for special needs children. But I developed so much fear I could hardly sleep at night. I felt like I did not have enough experience to move forward. I had no confidence. I thought, where am I going? What am I doing?!

Then some friends told me about The Global Leadership Summit taking place in Kazakhstan in November 2019. After I gathered my thoughts, I finally decided to give it a try even though I didn’t quite understand what I was about to get myself into.

Nothing happens on accident.

I learned a lot! I was amazed by Bear Grylls talk. He spoke so simply. And as he spoke, it felt like he was talking about me. I felt pain as I reflected on what I’ve been through growing up. A lump gradually gathered in my throat. I realized I wanted to live, not just exist! So, I set a goal for myself. I’ve always dreamed of being a psychologist, working with children growing up in difficult situations, but this path has not been easy. But being at the Summit, I gained confidence that I was going in the right direction! Now I understand that without failure, without fear, without faith– you won’t get to the finish line! I trust in the Lord. I follow this path, asking Him for help along the way.

I do not regret a second that I attended this Summit! I’m so glad this exists! The Summit helps people leave their comfort zone, believe in themselves and act in the name of the Lord!

Imamalieva Lyubov Borisovna is from Uralsk Kazakhstan where she has worked as a speech therapist and mentor. Currently, she is in the process of opening a small center for children’s development, serving children with special needs. She is the mom of two and is continuing her studies to become a future psychologist and teacher.